Cannabis was made illegal in the United States by the Marihuana Tax Act of 1937. Samuel R. Caldwell was the first person to be arrested for selling marijuana when the police kicked down the door of his downtown Denver apartment in October of that same year. Cannabis remained illegal until California legalized it for medical use in 1996. States have been slowly legalizing cannabis either medically or recreationally ever since, but with the exception of industrial hemp, marijuana remains federally illegal as a schedule one narcotic.

According to the DEA, Schedule One narcotics have a high potential for abuse and carry absolutely no medicinal value. Cannabis consumers and activists know that marijuana is anything but a schedule one narcotic and research is slowly catching up to this fact. Lucky for us, the end of cannabis prohibition could be closer than ever before with a vote that will hit the floor during the week of September 21st, 2020. 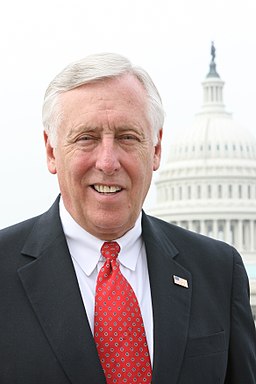 What is the MORE Act?

The MORE Act will be the first step in making cannabis federally legal. While it isn’t the perfect picture of legalization, it is a massive step in correcting the path of cannabis prohibition. The main focuses of the MORE Act are to remove marijuana from the list of controlled substances and in doing so remove its “Schedule One” status. The other primary focus of the bill is to expunge the records of those charged with nonviolent marijuana offenses. According to the text within, the bill will:

This bill goes beyond the basic idea of decriminalization, it proposes the idea of justice to those whose lives have been negatively affected by the war on drugs. According to the ACLU, drug-related arrests were higher in 2018 than in 2015 and cannabis-related arrests continue to account for more drug-related arrests despite the multitude of states that have medically or recreationally legalized marijuana.

If that wasn’t bad enough, marijuana possession accounts for 89.6% of those arrests. In an interview with Marijuana Moment, representative Hoyer states, “This legalization is an important step to correct the disproportionate impact our criminal justice system has had on communities of color.” For these communities, the MORE Act couldn’t have come soon enough. The racial disparities in cannabis-related arrests are true crimes involving the war on drugs. Also according to the ACLU, Black people are on average 3.64 times more likely to be arrested for marijuana possession than white people despite similar marijuana usage rates. In some states, black people are 6-10 times more likely to be arrested.

While the MORE Act cannot return the time people have spent behind bars for nonviolent cannabis convictions, it is a step in repairing some of the damage done by cannabis prohibition.

What Can We Expect?

The current public outrage and widespread demand for racial justice have given the MORE Act the momentum it needs to hit the floor, but there is still a long way to go before we reach the finish line. According to Politico, 66 percent of Americans are in favor of legalizing cannabis including more than half of republicans. While Democrats were criticized for declaring cannabis businesses essential, republicans such as representative Tom McClintock have openly supported the MORE Act.

Unfortunately, many politicians don’t seem to share the same opinion of marijuana. Mitch McConnell for instance has been historically opposed to legalized marijuana though he was in favor of legalizing industrial hemp. It is doubtful that we will see the support of the opposition of this bill in the face of the presidential election. Both presidential candidates have maintained some sense of opposition to complete marijuana legalization. Joe Biden’s running mate, Kamala Harris, in fact is the head sponsor of The MORE Act.

It is no question that a bill of this kind is far overdue, but the timing of the MORE Act is a topic of debate. The bill will hit the floor in the middle of a standoff regarding a coronavirus relief bill which could cause it to fail.

The Marijuana Tax Act of 1937 wasn’t originally passed to criminalize the possession of marijuana, but it did begin the process of passing other laws that completely outlawed cannabis. Scientific research is finally catching up to what cannabis activists have known for centuries, that cannabis is medicine rather than the horrible and life-ruining drug that the creators of “Reefer Madness“ would have us believe.

It is long past time for the federal government to acknowledge this fact and begin repairing the damage that the war on drugs has done to so many people, families, and communities. The MORE Act is the first time a bill calling for widespread legalization has hit the floor. Its chances of passing are small, but its existence is a piece of history.