Top 10 Shows To Watch While High

Here’s the scenario: you just smoked something amazing from Buddy Boy Brands and you’re stuck endlessly scrolling through Netflix, Hulu, and HBO struggling to decide on a show to watch. Lucky for you, we’ve been there before and solved the problem! Here is a list of our favorite picks to watch while high.

Top 10 Shows to Watch While High

This Netflix original is brought to you by one of America’s most successful chefs, David Chang. He started the ever-popular noodle bar, MomoFuku, and has been dominating the food world ever since. This docuseries pays homage to the incredible food found all around the planet, from pizza to fried rice. David Chang and his friends, including Aziz Ansari and other celebrities, travel around the world visiting Michelin star restaurants, food trucks, hole in the wall lunch counters, and even Domino’s Pizza. 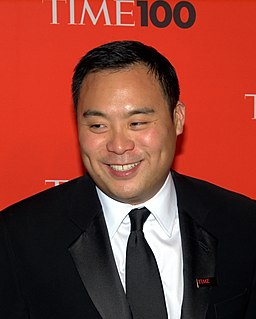 This one is easy to watch and doesn’t require constant attention. The only downside is it may induce a serious case of the munchies.

Is there anything better than being high and in awe over the immensity of our universe at the same time? Based on the famous book by renowned scientist Carl Sagan, this reboot is just plain awesome. Take a tour through the history of our universe with incredible filmography and narration by Neil DeGrasse Tyson. It’s like your high school physics class, but 100 times cooler.

While the subject matter of this show is dense, they do a great job of breaking it down in understandable terms. And even if you zone out for a while, the imagery alone will keep you entertained.

If you haven’t seen this award-winning Showtime series yet, you are seriously missing out. Shameless is about a dysfunctional family on the southside of Chicago just trying to make it through each day. Every character is crazy, annoying, and lovable. The absurd scenarios the show writers come up with somehow seem believable and you’ll find yourself wishing you were a part of the Gallagher family.

Shameless is unapologetically raunchy, so if you aren’t into that then skip this one.

We know the world is pretty political right now so this might seem like a weird choice, but this 90s political drama is having quite the moment right now. If you want a DC fix without the real world baggage, you are going to like West Wing. It’s full of patriotic soliloquies that will inspire you to go knock on doors this election season, no matter what side of the aisle you’re on. And if that doesn’t do it for you, maybe the hilarious 90s fashion will. 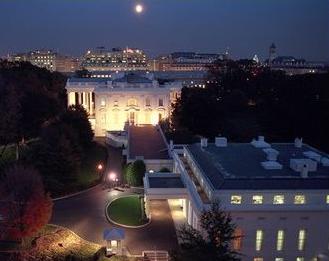 The setting is high school in the 1980s, a backdrop that has birthed some of the best movies and TV shows in American history. Freaks and Geeks is an unconventional coming of age story with storylines everyone can relate to and characters we all recognize. No, seriously, you will recognize so many of the characters. James Franco, Seth Rogen, Linda Cardellini, Jason Segel, Busy Phillips, and Judd Apatow all got their start with this show. That kind of talent makes this show well worth the watch.

Sadly this show only lasted one season, but that makes it easy to binge. Get ready to watch all 18 episodes in one weekend.

Queer Eye for The Straight Guy

Netflix recently released a reboot of this early 2000s classic and it is totally worth the wait. If you didn’t see the original, here’s the premise: a group of gay men makeover a straight man’s life from his haircut to his home. While it sounds like a shallow concept, this show’s unexpected depth is sure to make you emotional. The cast (known as the Fab Five) and their subjects will warm your heart and their conversations will get you thinking.

The entire new season is amazing, but episodes one, three, and four are particularly touching. Yes, even for the toughest of guys.

Bob’s Burgers is the silly, feel good television we all need. This cartoon is about a family with a burger shop trying to make their small business in a small town work. Three things make this show great: how much the family loves each other, the quick and witty dialogue, and the impromptu songs in every episode. Even if you don’t typically like cartoons, give Bob’s Burgers a shot. It has a 88% rating on Rotten Tomatoes and is a perfect show to watch while high.

Black Mirror is the modern day Twilight Zone. With trippy concepts in every episode, this show will make you feel high without even consuming any cannabis! This is technically a science fiction show, but it is really enjoyable even if you aren’t typically into that genre. There are four seasons, so you will have plenty of binge-worthy material at your fingertips.

The best part about this show is that each episode is its own storyline, so if you aren’t into a certain episode you can just skip to the next.

Follow along with the wild ride known as puberty with this adult cartoon series. Big Mouth is powered by some pretty big comedy powerhouses behind it, including Nick Kroll, Andrew Goldberg, Mark Levin, Jessi Klein, Jenny Slate, Maya Rudolph, Fred Armison, and Jordan Peele. With talent like that, how could this show be bad?

This one is also pretty raunchy, so be forewarned. If you can handle some crude humor, Big Mouth will be well worth it.

This is a fun one to watch during a smoke session with a group of friends. It’s an interactive show by National Geographic that uses illusions, psychological experiments, and counterintuitive thinking to keep you hooked. Participatory television not really your cup of tea? Trust us. There are few things more entertaining than watching a group of high people experiencing cognitive science first hand.

Never fall into the black hole of choices that is streaming television again. Bookmark this list and stop by Buddy Boy Brands before your next Netflix and chill session.